A 'Portlandia' Home Raises an Eyebrow 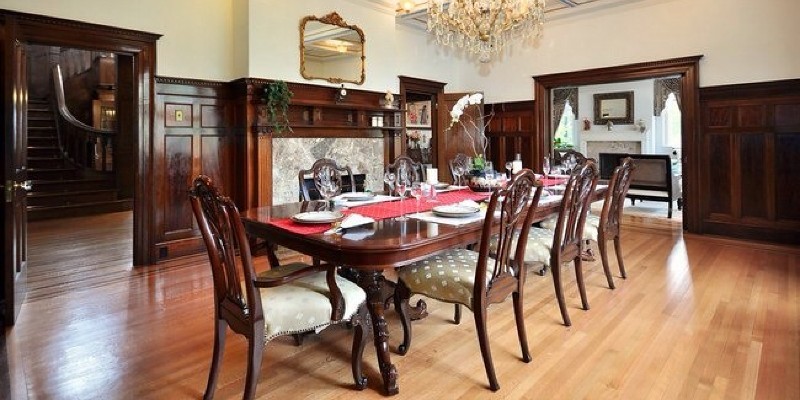 The aptly nicknamed Eyebrow House catches the attention of anyone who walks past it — just as it did with all the location scouts for IFC’s hit cable show Portlandia. The spaceship-style back and advanced interior helped to inspire and set the scene for the plight of an alien played with a durian fruit at the episode “Feminist Bookstore’s 10th Anniversary.”

However, before this home was famous, it had been just a plain-Jane 1941 artificial Cape Cod home. Because it had no major period details to speak of, architect Edgar Papazian treated it as a blank slate for his brand new family home. Increasing square footage was a must, but he wished to do it at a sensible but one of a kind manner, blending new and old elements to make a really original home that is no doubt appreciated by the present owners as well.

In the episode, an exotic durian fruit comes to existence, finally taking off because of its alien world in this quirky residence. It’s easy to see where the spaceship feel comes from if you have a look at the back of the home. After the episode aired, Papazian discovered that the author had actually changed the sketch when he saw the home, giving it a bigger role.

Curves stick out on the house’s previously boxy shape and keep into the interior. The new curving shapes reflect a more modern sensibility and draw the attention to the home.

The steel arches bring the spaceship feel inside, too. It seems fitting that the floating, luminous alien durian would call this place home.

To insulate the arched roof, Papazian came up with a method with purlins bolted on top of the arches. Sheathing and roofing connected to the purlins, and soy-based foam insulating material, fill the pit between the roofing and the galvanized arches.

The new addition also left space for Papazian’s daughter’s bedroom. While the arched upstairs allowed for additional square footage without expanding the property’s footprint, in addition, it meant that the rest of the 70-year-old home needed an entire structural renovation. The majority of the home was reframed and updated to take the new burden upstairs and suit local seismic codes.

Curved forms carry into the toilet; notice that the slope of the ceiling, the penny tile, the oval bathtub along with the round bathroom lovers.

The curves continue down the stairs and around the primary bookcase — that Portlandia fans might remember the durian having to contact its home world.

During filming, Papazian must walk through the home to learn how they had set this up. “It was rather odd,” he states. “Books organized by colour, strange devices and knickknacks decorating the shelves. … It’s very odd seeing your home represented to you on a screen that you watch all other kinds of shows.”

Papazian moved the kitchen from the front to the back of the home, creating a continuous living and dining room with a transparent view of the garden. The kitchen was created as the middle of the home, since that’s where the family spent most of the time while they had been living there. “To me, with the cultural emphasis on food nowadays, the kitchen is actually the living area of our days,” he states.

Papazian spent about $15,000 on the kitchen. Cabinetry, countertops and shelving from Ikea helped cut down on cost. The butcher block counters flow visually with the fir tongue and groove siding onto the back deck out. Windows supporting the Ikea cabinets flip them into shining boxes on sunny days — the Portlandia durian also used this area to call its home world.

The dining area, connected to the kitchen, shares the same clear view of the expansive, private backyard, with cedar and fir trees. Originally, two bedrooms sat at the back of the home, but their miniature windows did not take advantage of the lavish view.

The living area is still preserved in its original shape at the front of the home. A brand new fireplace and curved mantel jut softly out to the simple room. The first refinished and stained bamboo flooring now have radiant warmth, backed by a gas–fired tankless water heater.

The house’s joists — mixed with fresh ones — along with the outside walls are a few of the only remaining original capabilities. Everything’s been bolstered to match local code. This steel pillar, one of several throughout the home, helps bear the load of the new upstairs inclusion.

Despite the new renovations, this home still honors its origins. A number of the houses in this part of Southeast Portland were constructed by precisely the same developer, who consistently utilized painted cedar siding. When Papazian needed to rip out the first siding, then he replaced it with cedar Tyvek siding.